The Wehrmacht (German for defence force, from wehren meaning defend and macht meaning force.) was the armed forces of Germany from 1935 to 1945. At the start of the war, about 21 million but by the end of the end they numbered about 2 million. The commander in chief was Adolf Hitler. They are the main enemies in the Sniper Elite Series.

Before Hitler’s rise to power, Germany’s armed forces were called the Reichswehr, after which the organization began to rapidly expand itself, against the Treaty of Versailles. They came into the view of the world with the successful invasions of Poland (Sept. 1939), Norway and Denmark (Apr. 1940) , Belgium, France and the Netherlands (May 1940) and the Soviet Union (June 1941).

The seemingly unstoppable Wehrmacht was halted in 1942 at the city of Stalingrad in the USSR and also in Tunis in North Africa. From that day, the Wehrmact was constantly retreating. On June 6th 1944, the allies invaded mainland France in D-Day, and pushed the Germans out all their occupied countries.

On December 16th 1944, the Germans attempted one last counter-attack in the Battle of the Bulge but failed. The allies pushed back the Wehrmacht further into Germany with the soviets encircling Berlin. With the war failed, Adolf Hitler committed suicide on the 30th of April. Grand Admiral Karl Donitz took charge and surrendered on the 8th of May. The Wehrmacht was officially dissolved on 20 August 1946, nearly a year after the end of World War II.

The were a total of three Branches of the Wehrmacht, they are as follows:

The Wehrmacht were deployed throughout North Africa, during the early days of the war. They were a powerful mechanized force and had multiple cities and bases under their control. Having troops stationed in Tunisia, Egypt Libya and several other countries.

By the end of the war, the Wehrmacht had been pushed back to Germany by the combined powers of the Allied forces. All but defeated, their efforts were focused on protecting the capital city of Berlin. 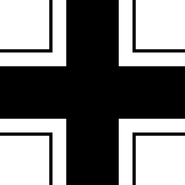