As a veteran of the Soviet Union's Red Army, Boris Medvedev endured more horrific things than the zombie-apocalypse. Though patriotic, Boris is only loyal to those he considers "deserving," sometimes disrupting the chain of command & bordering on insubordination.

"Narrowly avoided charges of insubordination on a number of occasions. He has witnessed and survived far worse than the horrors of the zombie apocalypse." 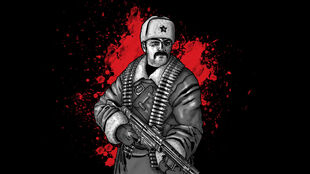 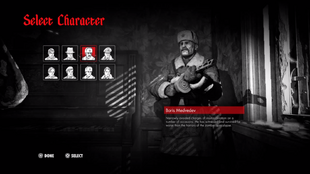 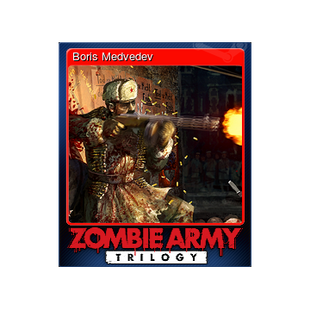 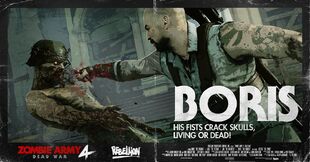 Boris with a flamethrower.
Community content is available under CC-BY-SA unless otherwise noted.
Advertisement